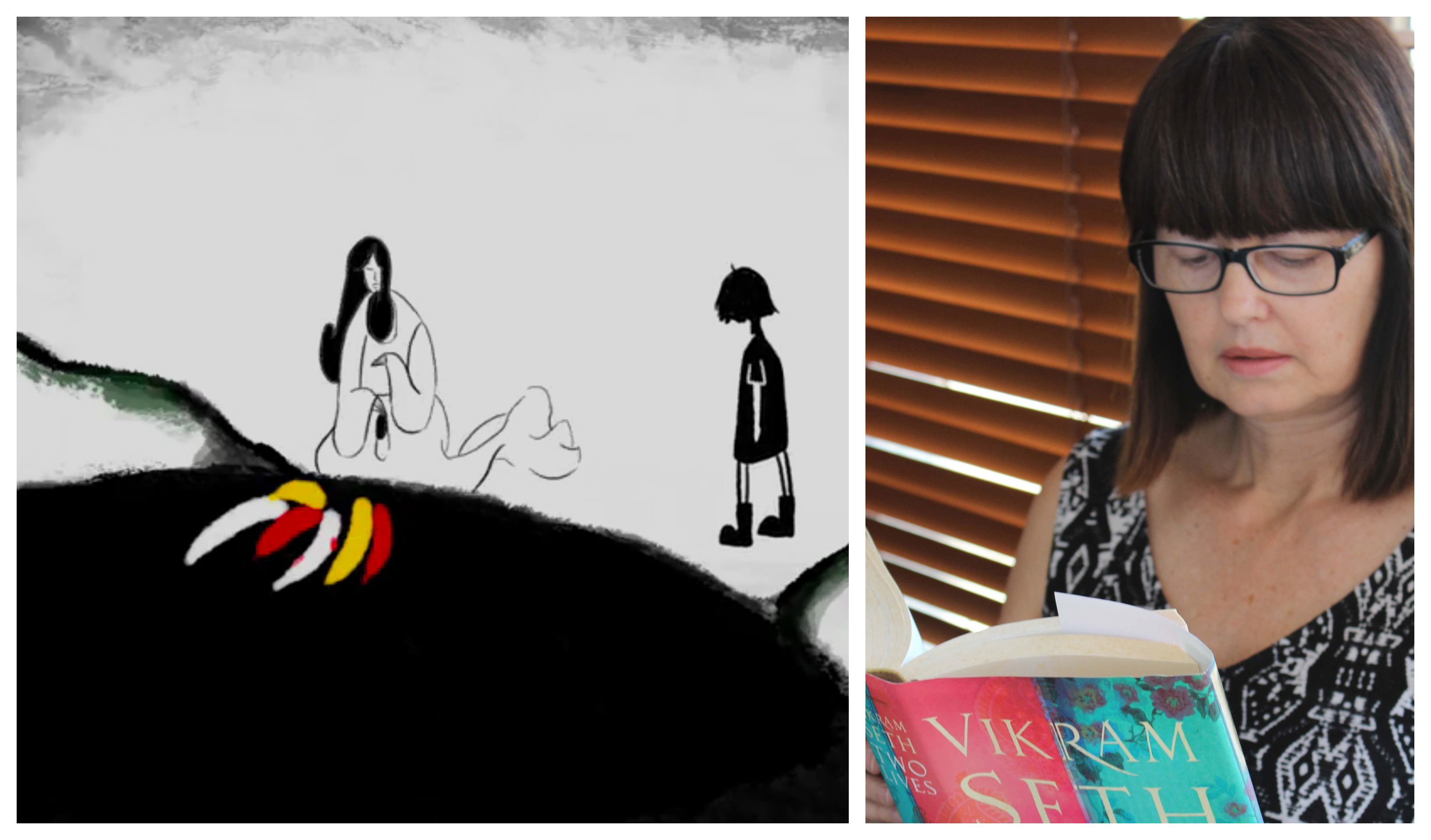 Welcome to Microflix – a place dedicated to adapting great micro stories into fantastic short films! In our first blog post, Jaimee Cachia interviews the filmmakers and the author behind Koi which took out last year’s Award for Best Direction.

Back in 2018, Spineless Wonders was thrilled to see its microlit brought to the screen in the inaugural Microflix Awards at the Surry Hills Festival. In its first year, the Microflix Awards saw emerging animators and sound designers from the University of Technology Sydney adapt over thirty 200-word Spineless Wonders texts (or microlit) to films of 90 seconds in length.

In preparation for the opening of the 2019 Microflix Awards, we first cast our sights backward: read on for our chat with Maximilian Cao, Yvonne Cheung and Karin Zhou-Zheng, whose collaborative efforts won them the 2018 Microflix UTS Award for Best Direction for their skilful adaptation of Karen Whitelaw’s Koi. Whitelaw also shares with us her thoughts on Microflix and microlit at large.

Tell us about the experience of making the film – the best bits? The hardest?

The experience of filmmaking was really enjoyable because we worked very cooperatively and collectively as a group. The most memorable part of the production was when we were able to see our ideas and storyboards coming together in short animations and sequences. However, the most difficult part was editing the animation with just enough information for the audience to understand as our animation duration was becoming too long!

What attracted you to the particular microlit piece your film was based on?

As a group, we knew already that we wanted to do a black and white film and it just so happened that Koi by Karen Whitelaw complimented this idea so well. We were inspired by black ink paintings in Chinese culture with its faded and minimal depiction of landscapes. We also felt a personal connection with the relationship between the mother and daughter characters due to undergoing similar experiences in Asian culture, where parents often compare their children to other children in terms of achievements. It was nice to see the story took place in a familiar and iconic place in Sydney, the Chinese Garden of Friendship as the group all have been there before when we were young.

How was adapting someone else’s written work different to producing your own original content?

At the beginning of producing your own original content, you have to do a lot more researching and development of ideas because of the endless freedom that you have. However, with this written piece as our base, we had to try not to be too literal about their work and so it was challenging to be metaphorical. You have to spend more time understanding the written piece which led to a longer process in refining our ideas and seeing which visual ideas fit the written work better than others. Through the refinement of our ideas, we learnt that adapting someone else’s work allowed us to also have our own interpretation of it. With this understanding, we were able to develop different perspectives of the story and more freedom with the piece.

How did it feel to see your piece adapted in this way?

I’m excited to see creative interpretations of my work.

Given the ever-increasing potential for interactivity and multi-platform storytelling in our digital age, do you feel that the role of the author has changed? How?

No, I don’t think my role as an author has changed. My job is to tell a story, one that means something important to me, and hopefully to others. My medium is language and words, playing with them for aural and visual effect, and meaning. I’m in awe of filmmakers, sound designers, and other artists involved in multi-platform storytelling, who take my words, interpret them in unique ways and use their skills to create new imaginative works of art.

What do you think distinguishes microlit from longer fictional forms?

Distillation. What isn’t said but merely implied becomes as important as what is said. Every single word and every image has to carry meaning, often multiple meanings. For me that’s the challenge and the excitement of writing microlit.

END_OF_DOCUMENT_TOKEN_TO_BE_REPLACED

The 2020 Microflix Awards and Festival is upon us and this batch of microlit is ripe for adaptation – but what’s the best way to make someone else’s story your own? In Such a Transformation, Yasmine Gooneratne says; “The best adaptations imitate … capturing the spirit of the text …Imitation invites the reader to hold …